We’re delighted to announce that we will be moving home for the 2015 ceremony! The NMG Awards 2015 will take place on Friday, 16th October at The West Road Concert Hall in Cambridge.

Huge thanks to our hosts at The Portland Arms for the last two years but due to the overwhelming popularity of the event, we’ve just outgrown you!

The good news is that with our new venue, you’ll be able to sit down and see everything that’s going on clearly!!

Save the date and watch this space as we announce ticket information over the coming months.

Don’t forget, if you want to stand a chance of making it on to the nominations long list, you must have been featured on the New Music Generator between 1st November 2014 and 31st July 2015.

If you’re interested in becoming a sponsor for the 2015 awards, get in touch – [email protected]

Musicians from in and around Cambridge have been honoured at the 2nd annual NMG Awards.

The event at The Portland Arms on Friday (October 17th) was attended by a cross-section of local artists and featured performances from Polar Collective, Goldstar, Motor Tapes, The Abstracts, Tom Roddis and Melody Causton.

All of those appearing had featured on Cambridge 105’s New Music Generator programme, presented by Tim Willett, who organised the awards.

Melody also took home the award for Best Female Solo Artist, the only performer to successfully defend their title.

Best Male Solo Artist was Cody Pennington, the Suffolk-based artist, who has performed in the United States, Turkey and Greece.

Best Pop Artist was Cab Dryver, who pens lyrics that are set to music by his musical partner in Dubai, before being produced in Nashville.

28 Boulevard were named as Best Indie Group, who originally formed in 2010, and take Feeder, Biffy Clyro and Bloc Party as their inspiration.

Best Roots/Folk Artist was The Willows, who have recently enjoyed airplay on BBC Radio 2.

The Breakout Award went to Mirror Signal, 20 year old Steven Barker from Suffolk, who has been supporting Jamie Cullum.

Musicians from in and around Cambridge have been honoured at the 2nd annual NMG Awards. END_OF_DOCUMENT_TOKEN_TO_BE_REPLACED 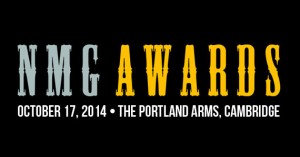 The NMG Awards, the music awards night that celebrates and recognises the talent of the local music scene in Cambridge and surrounding towns and villages across all music genres and ages is returning in 2014 after a hugely successful debut year. END_OF_DOCUMENT_TOKEN_TO_BE_REPLACED 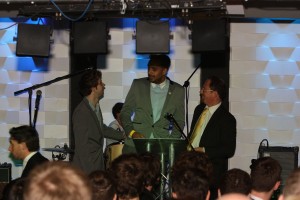 The NMG Awards were launched to recognise the talent of the local music scene in Cambridge and surrounding towns and villages across all music genres and ages. END_OF_DOCUMENT_TOKEN_TO_BE_REPLACED